Elrond (EGLD) Indicates a Possible Breakout for $300 - Elrond blockchain became well-known due to its ultra-fast transaction speeds achieved through the implementation of a unique sharding mechanism. Its smart contract ecosystem currently has a transaction rate of around 15000 transactions per second. Its cryptocurrency, EGLD, has risen from $9 to a high of $302 on September 14, 2021, since it first went live in October 2020.

Consistent discoveries and development work have pushed the innovation wagon forward even at this stage. This is the main cause for its cryptocurrency network's increased worth. Furthermore, the sharding method has provided scalability to the consumers.

Elrond offers developers 30 percent of their smart contract fees in the form of royalty to encourage developers to use its platform. With a total worth of $4.85 billion, EGLD is ranked 38th in terms of market capitalization. It has a total supply of 31.415 million coins, with approximately 63 percent already in circulation.

Elrond has surpassed its previous high of April 2021 by a significant margin. EGLD is currently re-testing the support level that formed around the previous high of $236. It is starting to break free of its consolidation levels. 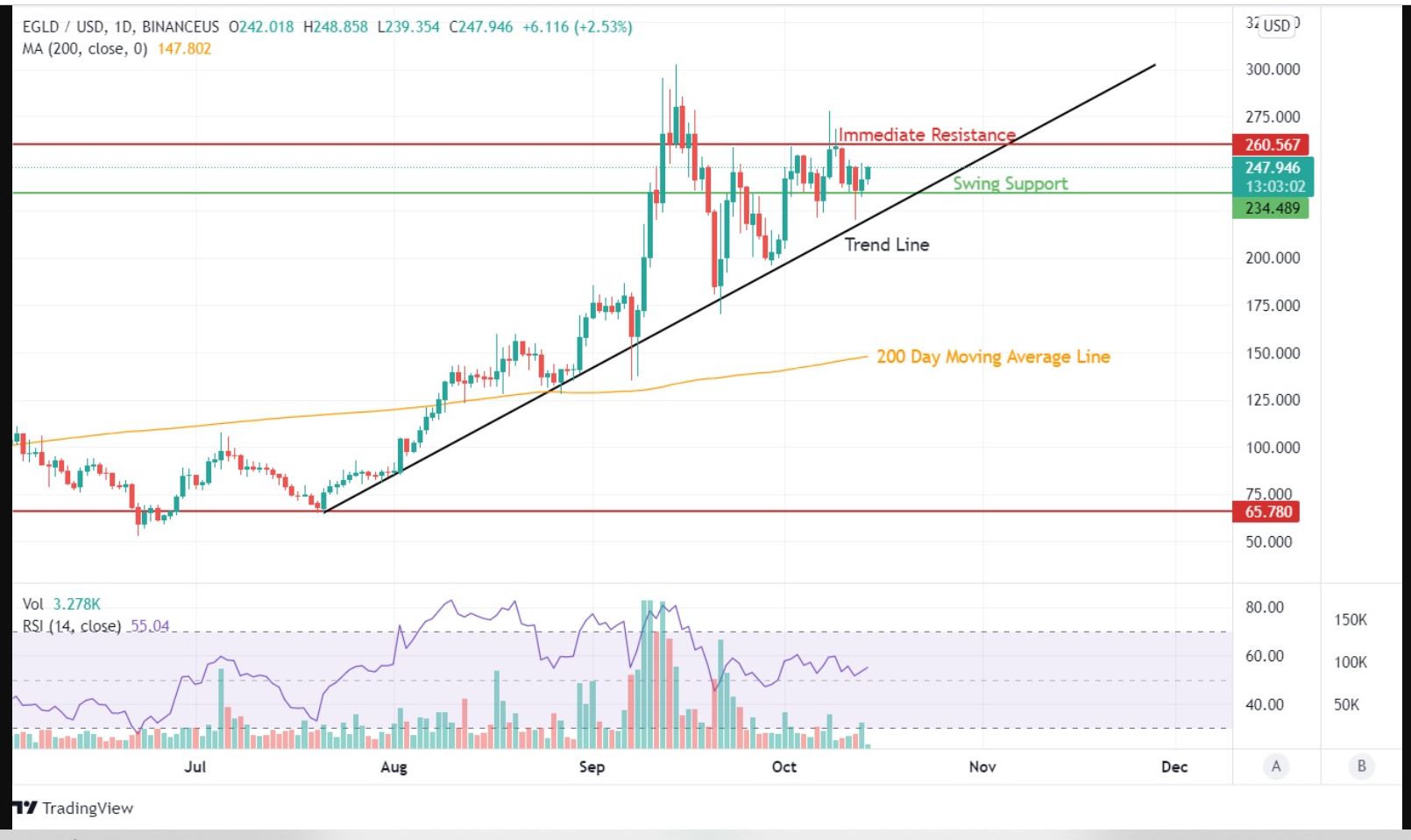 EGLD has not looked back since its peak in July 2021. The EGLD price has climbed close to $275 from $75 lows, holding on to its trendline as solid support and a good buying indicator.

The sloping trend line intersects the horizontal resistance line at $260, posing a strong resistance. As a result, a breakthrough by the time, which is expected to occur in the first week of November 2021, has a significant possibility.

The 200-day moving average, which is regarded as a strong indicator level, is currently trading at $248, which is 40% below its current value. On October 12, EGLD attempted to touch the trend line, but instead experienced heavy purchasing, resulting in a pin bar candle. It also pointed to a period of heavy buying around April 2021's peak.

Since the beginning of the month, the RSI has been fluctuating between 45 and 60, and despite the drop in trading volumes seen in September 2021, EGLD is steadily approaching $300. 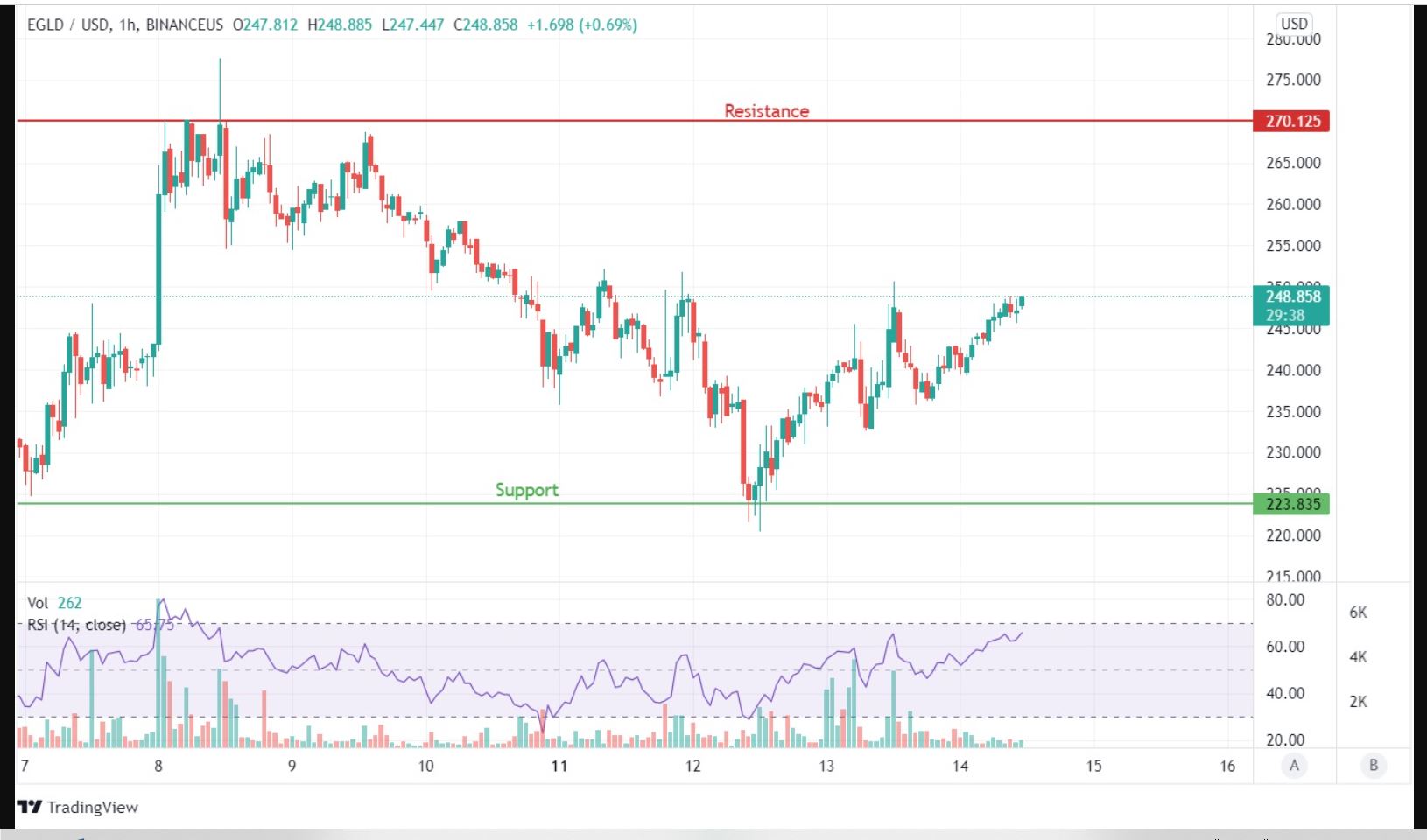 We have, however, seen rejection at the $270 threshold on numerous occasions. As a result, based on EGLD price forecasts, traders should be on the lookout for opportunities to book profits at the level, and only purchase if EGLD maintains the $300 level on daily charts.